Evangelization is not ‘personal activism’ but a witness of love 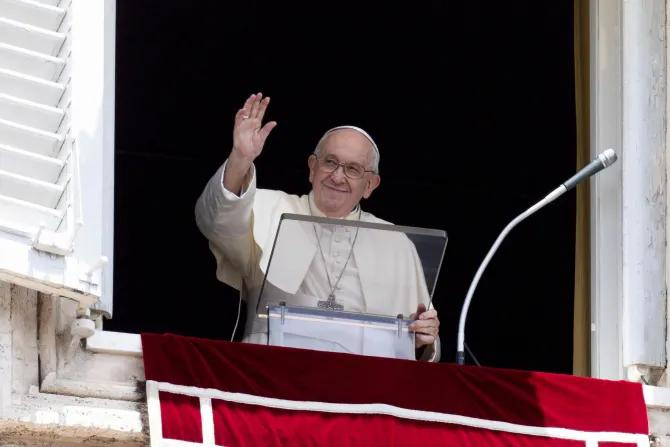 Pope Francis said Sunday that evangelization should not be seen as “personal activism,” but a witness of love in relationship with others.

In his Angelus address on July 3, the pope posed a question: “How do we bring the good news of the Gospel to others?

“Do we do it with a fraternal spirit and style or in the manner of the world with prominence, competitiveness, and efficiency?” he asked.

Speaking from the window of the Apostolic Palace to pilgrims gathered in St. Peter’s Square, the pope encouraged Catholics to work in collaboration with “the witness of fraternity.”

“It is possible to develop perfect pastoral plans, implement well-made projects, organize down to the smallest details. You can summon crowds and have many means, but if there is no availability for one’s brothers and sisters, the evangelical mission does not advance,” the pope said.

Pope Francis reflected on how Jesus sent his disciples “two by two” in Sunday’s Gospel (Luke 10:1-9).

“The disciples were sent two by two, not individually. Going on a mission two by two, from a practical point of view, would seem to have more disadvantages than advantages. There is a risk that the two do not get along, that they have a different pace, that one gets tired or gets sick along the way, forcing the other to stop too. On the other hand, when you are alone, it seems that the journey becomes faster and smoother. However, Jesus does not think so: in front of him he does not send lonely people, but disciples who go two by two,” the pope said.

“Let us ask ourselves if we have the ability to collaborate, if we know how to make decisions together, sincerely respecting those around us and taking into account their point of view, if we do it in community, not alone. In fact, it is above all in this way that the life of the disciple reveals that of the Master, really announcing him to others,” he said.

After praying the Angelus with the crowd, Pope Francis prayed for peace in Ukraine.

“I appeal to the leaders of nations and international organizations to react to the tendency to accentuate conflict and confrontation,” he said.

The pope underlined that the world needs to move from focusing on political, economic, and military power strategies to a “global peace project,” which says “no to a world divided among conflicting powers” and “yes to a world united among peoples and civilizations that respect each other.”

He said: “The world needs peace — not a peace based on the balance of arms, on mutual fear. No, this will not do. This is turning history back seventy years.”

“The Ukrainian crisis should have been, but — if you want it to be — can still become a challenge for wise statesmen, capable of building in dialogue a better world for new generations. With God’s help, this is always possible!”

Charity Number SC010576 | Parishes of the Diocese of Galloway

Jesus Christ loves you; he gave his life to save you; and now he is living at your side every day to enlighten, strengthen and free you.

We use cookies on our website to give you the most relevant experience by remembering your preferences and repeat visits. By clicking “Accept”, you consent to the use of ALL the cookies.
Cookie settingsACCEPT
Manage consent

This website uses cookies to improve your experience while you navigate through the website. Out of these, the cookies that are categorized as necessary are stored on your browser as they are essential for the working of basic functionalities of the website. We also use third-party cookies that help us analyze and understand how you use this website. These cookies will be stored in your browser only with your consent. You also have the option to opt-out of these cookies. But opting out of some of these cookies may affect your browsing experience.
Necessary Always Enabled
Necessary cookies are absolutely essential for the website to function properly. This category only includes cookies that ensures basic functionalities and security features of the website. These cookies do not store any personal information.
Non-necessary
Any cookies that may not be particularly necessary for the website to function and is used specifically to collect user personal data via analytics, ads, other embedded contents are termed as non-necessary cookies. It is mandatory to procure user consent prior to running these cookies on your website.
SAVE & ACCEPT
Go to Top